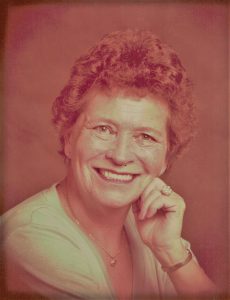 A successful business owner needs guts and a thick skin. Dorothy Crouse had both. Most people called her Dot. I had the privilege of calling her Grandma. Born in St. Louis in 1918, Dorothy graduated from high school and went to work to help her family get through The Great Depression. Dot learned the importance of hard work at a young age. Dot married Reginald Crouse in 1938, and they had two children, Barbara and Jimmy.

In 1950, Dot answered an ad to work for the A.J. Shults Real Estate Company in Troy. The company, originally opened by Albert Shults in 1933, was now run by his widow, Annie. Annie taught Dot the ropes, and the two became fast friends. Annie sold the company to Dot in 1953. In 1955, the A.J. Shults Real Estate company became Dorothy Crouse Realtors. Dot owned the company until her retirement in 1973 when her two children took over and renamed the business Crouse Realtors.

Dot thoroughly enjoyed, and excelled, in real estate for several reasons. Most people who knew Dot would say her high energy level was key to her success. She worked late hours running a business while being a devoted wife and mother. Dot and her family loved showing horses and traveled all over the mid-west. They started with a two-horse trailer with two little ponies and graduated to a tractor trailer hauling saddle breds, hackneys, roadsters, and quarter horses. When there was a horse show, she was there. But come Monday morning, Dot was back to work.

Another strength of Dot’s was her keen business sense. She was driven to succeed and not afraid to take the lead. Dot, along with Harold Cannon, and the late Kenny Larue, were the founding members of what is now the East Central Board of Realtors. Always eager to capitalize on a business opportunity, she was not afraid to take reasonable risks. She made her fair share of mistakes over the years, but one thing you could count on was she didn’t make the same mistake twice. Dot had bold ideas and saw real estate potential all around her in Lincoln County. She knew that the good Lord wasn’t making any more land but there sure were a lot more people who would be needing homes.

Along those same lines, Dot never met a stranger and knew how to relate to people. Still today, we hear stories of how she helped someone buy their first home or secure their first loan. Her strong business relationships turned into lifelong friendships in many cases.

There are several other qualities that I personally think were essential to my grandma’s business success. One, Grandma was blunt. Whether you liked it or not, you always knew where you stood with her. Second, she was punctual-always early, never late. Also, Grandma was extremely organized. She kept excellent records and stuck to a tight schedule. Next, she had beautiful penmanship and was a stickler for grammar and spelling. (Pretty ironic since she only had a high school diploma. Also, Grandma loathed the word ain’t and never said it.) Finally, Dorothy Crouse was a ton of fun. Her entire life she worked hard and played hard.

A history that almost didn’t happen…